It’s not often that a new sport gains true popularity, but Pickleball has managed to break into the sports industry by being both easy to learn, and very fun to play. But what exactly is Pickleball? We're here to help take you through the basics of this emerging sport.

Picture a cross between tennis and ping pong to start. With familiar equipment and movements, Pickleball will be easy to learn for any athlete, and will require agility and impressive hand-eye coordination to excel.

Gather your friends – Pickleball needs a minimum of two players to play singles, and four players to play doubles. The rules differ slightly based on the number of players. We'll make note of this later in the blog, but we will focus on doubles Pickleball for the majority of this explanation.

Next, a Pickleball court is required. A court for Pickleball is the same as a doubles badminton court: 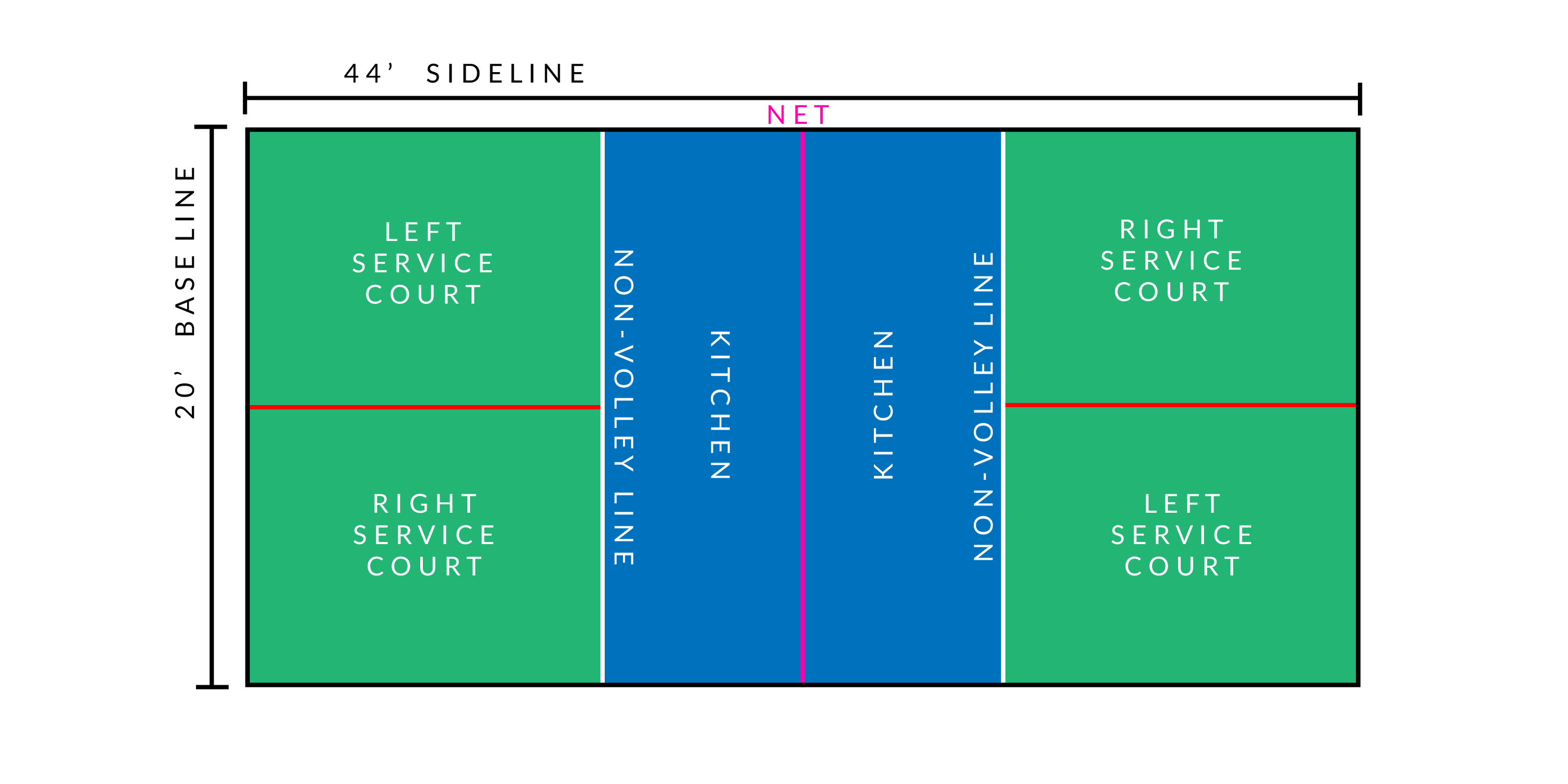 There is a Non-Volley line seven feet from the net on each side which marks off the Non-Volley Zone (also called the kitchen) for both teams. Past the kitchen, each side is split into two service zones – one for each teammate when playing doubles.

A Pickleball is like a wiffle ball, and the paddles are somewhere in between a ping pong paddle and a softer tennis racquet made with wood or composite materials. You can find these at many Source For Sports locations.

Play begins with an underhand serve meaning the paddle should remain below the wrist and waist. The player should serve from behind the baseline and aim diagonally at the opposing service zone. The serve must land in that service zone which is diagonally across from the server to continue play. Once the ball has been served, the double bounce rule is in effect. This means the ball must bounce once on each side before either can team start volleying the ball in the air. Once both bounces have occurred, teams can return the ball without having it first touch the ground (a volley), and a back-and-forth rally will result.

When it comes to scoring, the most important thing to remember is that only the serving team can score a point. Once the serving team makes a fault (such as failing to return the ball or returning it out of bounds), the opposing team does not get a point, but rather now has the opportunity to serve. In doubles, before giving up the opportunity to serve, both teammates must have a chance to serve. If a team wins a point, the same player continues to serve. Once there has been a fault, the second teammate has a chance to serve. After the second fault, the other team gains the opportunity to serve. However, since the team that served to start the game is at an advantage, only one player is allowed to serve for the first rally. Past that rally, the game will resume normal serving rules.

Note that when serving in doubles, the server announces 3 numbers: the serving team's score, their opponent's score, 1 or 2 depending on whether the server is the first or second to serve on their team. In singles, the server doesn't need to specify the third number as they wouldn't have another teammate serving before or after them. Another small detail for singles Pickleball is that when the server's score is an even number (0, 2, 4, 6, 8, 10, etc.), they should be serving from the right service area on the court, and from the left when their score is an odd number (1, 3, 5, 7, 9, etc.).

With this, you should be able to play against your friends in a spirited game of Pickleball! To get any and all equipment you need to get out on the court, check out our Pickleball products online and visit your local Source For Sports store! 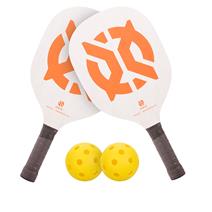 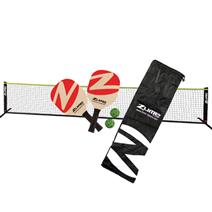 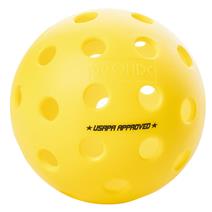 Be the first to review
Continue to My Wishlist
previous Next

Mouth Guards: What You Need to Know

Anyone who participates in an activity that has a risk of injury to the head should wear a mouth guard.

How To Choose The Right Goalie Stick

Everything You Need to Know about Wood Baseball Bats

Just like when using your wood baseball bat, choosing which one to buy needs to be done with precision and accuracy.

How To Tape a Hockey Stick

A Beginner's step-by-step guide to taping a Hockey stick, for the players and goalies wanting learning to do it on their own!

As a female hockey player, it is extremely important that you have a professional fit you for your hockey equipment.

How To Fit Hockey Shoulder Pads

The right shoulder pads to elevate your game will allow you to move easily and be protected on the ice.

How To Prevent Cold Feet in Your Hockey Skates

Having cold feet is the worst, and playing hockey with cold feet can be detrimental to your play.

How To: Break-in your Baseball Glove with the Mizuno Glove Steamer

The Mizuno glove steamer is designed to efficiently distribute steam into the glove’s leather and seams, making your glove game-ready in minutes.

How To Tie Your Child's Hockey Skates

If you are a new hockey parent, you may find the idea of tying your child’s hockey skate laces a bit daunting.

How to Fit Hockey Pants